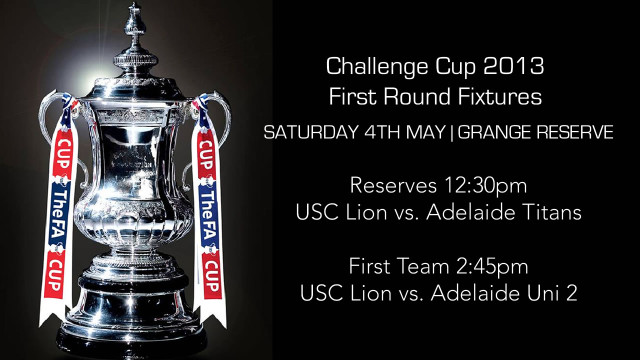 Fixtures for the first round proper of the Challenge Cup (first team) and Reserve Cup (seconds) have been announced!

With both sides having won their respective preliminary round fixtures, USC Lion has been drawn to host fellow division 3 side Adelaide Uni 2 in the A’s, and as hosts to Saturday Premier side Adelaide Titans in the Reserves.

Both games will be a huge test for Lion, so come down on the 4th May and support the boys as Lion attempts to advance in the cup!